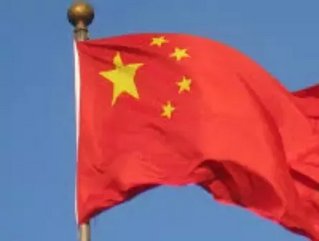 Africa remains a very important and strategic investment destination for the approximately 2,000 Chinese companies operating on the continent even as the Asian economic powerhouse shows signs of an economic slowdown, according to Standard Bank.

“Africa is usually among the first destinations that are considered by Chinese companies that are looking to expand internationally, not only because of its abundant natural resources but also because of its rich cultural heritage, which in many ways is more similar to Chinese custom than that of the Western world.”

China is still unquestionably Africa’s largest single trading partner, with Standard Bank research estimating Sino-African trade to have reached USD210bn in 2013, up six percent from the USD198bn figure that prevailed in 2012.

Despite China’s official Purchasing Managers’ Index (PMI) slipping to a six-month low of 50.5 in January, Standard Bank still expects the Chinese economy to expand by seven percent in 2014. That follows economic growth of 7.7 percent in each of the preceding two years.

Dr Fang says that this slowdown is partly due to China’s government placing greater emphasis on more sustainable economic expansion, rather than simply chasing growth for its own sake.

Although the global economy has undergone a fundamental paradigm shift since the 2008 financial crisis, Africa remains an important strategic partner for China going forward, he argues.

“The economic ambitions of Africa are ultimately the same as those of China – to open up new worlds of opportunity for its people,” said Dr Fang.

“When China visits countries in Africa it creates partnerships and investments, it doesn’t leave a vacuum behind.”

Data from the Information Office of the Chinese State Council shows that China’s cumulative investment in Africa more than doubled from USD9.33bn in 2009 to USD21.23bn in 2012.

Standard Bank estimates that China has loaned African governments between USD30bn and USD40bn, the bulk of which has been used to improve infrastructure on the continent.

“The economic futures of Africa and China are fundamentally intertwined,” said Dr Fang. “Africa’s rich natural resource base coupled with its emergence as one of the world’s fastest growing economic regions suggests its importance to China is only likely to increase over the coming years.”