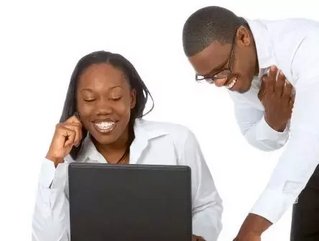 Due to the number of public holidays celebrated during the course of April and early May, this time of year has become a second festive season for many South Africans, which can have a knock-on effect for business productivity, and in turn, the economy.

This had resulted in some calling for the number of holidays to be reduced said Christo Botes, Executive Director of Business Partners Limited.

He said: “While business production is likely to be affected by public holidays, the impact can be managed given that these days are planned in advance, thereby allowing businesses to plan appropriately and factor in the possible effects of less work days.”

Botes explains that South Africa has 13 public holidays during the course of the year, while Malaysia has 12 and the United States (US), Singapore and France has 11.

The US however has different public holidays within the individual states, which brings this total figure higher than 11 in some cases.

He said the only exception would be China, with only four public holidays, but they also have specific days where a certain population group, such as women or children, receive a day off from work or school, as opposed to South Africa where the whole country receives a day off to celebrate Youth Day or Women’s Day.

Botes said that the biggest issue for businesses with April is that the month contains the least productive days in the year.

“However, while April only has two or three less working days in comparison to the usual 20 to 22 days in other months, due to the placement of holidays this year, staff are able to take only seven days leave and enjoy 17 days off when including the public holidays.”

This extended holiday period can affect productivity, and ultimately revenue generated for businesses and the economy, said Botes.

“With the local economy beginning to recover, the impact of less productive work days will result in an economic recovery taking slightly longer.”

Botes said that this is not to say public holidays are negative for all business as certain industries, such as holiday resorts and the hospitality industry, generally generate good returns during this period.

He added that while trade will continue in the country with individuals continuing to spend, this is only consumption spending as opposed to contribution towards economic growth.

“While people will visit resorts and continue to shop at retail stores, factories across the country will close resulting in no production taking place, and this is where the real economic growth stems from.”

Botes explained that the negative impact is more or less the same for small and medium enterprises in the manufacturing sector, as it would be for larger businesses, in that both will lose production days.

He said that urban service industries, such as hair salons and corner grocery shops, are the businesses likely to be more affected.

“These businesses rely on their regular customers, and if these individuals are taking extended holidays, they are likely spending their money elsewhere.

“This results in the shift of turnover from normal retail business to holidays resorts elsewhere in the country, such as around the coastal or inland resorts and game reserves.”

Botes said that in order for businesses to manage public holidays and minimise downtime, sufficient planning needs to be done in terms of production, staff and cash flow.

“The key is effective planning and management. When approving leave, business owners need to ask themselves if they can afford to lose a certain number of their staff over this extended period.

“If the business is quiet, it may make sense to give employees leave, however, if it is done to the detriment of the business, this could result in less sales and the possibility of more sales for your competitors.”

Botes advised that business owners should also be looking at how they can capitalise on the public holidays in order to drive revenue.

“If business owners applied their mind to what the holiday really represents, business could celebrate the holidays in an appropriate way with their customers and generate revenue as a result.

“This mind-set, will allow businesses to capitalise on the possible opportunities these holidays may present and allow the possibility to generate more sales,” concluded Botes.