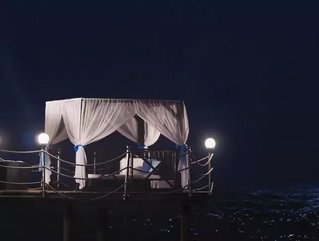 We take a look at the scores for Travel and Leisure’s “Top 100 Hotels in the World” to bring you the top ten hotels in the Middle East and Africa.

With a Travel and Leisure score of 96.60, the Lion Sands Game Reserve is the 34th best hotel in the world. A part of the MORE hotel collection, it rents out lodges and treehouses located on the Sabie river bank, in Sabi Sands Game Reserve, South Africa. One of the top safari lodges in Africa, according to Travel and Leisure, it was also named one of the top 20 lodges in the region by the 2018 Condé Nast Traveller Awards.

With a place on Travel & Leisure’s World’s Best Awards every year for the past decade, making it a WBA Hall of Fame Honoree, Saxon Hotel, Villas & Spa has a rating of 96.63. Located in Johannesburg, South Africa, it counts with an infinity pool, a world-class spa, multiple restaurants, luxury suites and three standalone villas. Ranked as the 32nd best hotel in the world, it was awarded “Africa’s Leading Boutique Hotel” 2019 by the World Travel Awards.

Based in the Ngorongoro Conservation Area, Tanzania, the Highlands allows visitors to experience African safaris from the privacy of a slope on the Olmoti Volcano. Ranked the 29th best hotel in the world, it has a Travel & Leisure score of 96.84. It is run by Asilia, a safari company with 32 lodges across Kenya and Tanzania. Guests at the Highlands stay in domed suites equipped with king-sized beds, en-suite bathrooms and floor-to-ceiling bay windows.

Situated on the Sabi Sands Game Reserve, South Africa, Londolozi has a Travel & Leisure score of 97.45, making it the 20th best hotel in the world. Based on a reserve that is part of the Greater Limpopo Transfrontier Park, Londolozi offers guests an opportunity to witness wild elephants, buffalo, white rhinos, lions and leopards. With a history that dates back to 1926, its facilities include five camps with access to 34,000 acres of historic game-viewing land.

Situated in Marrakesh, Morocco, Royal Mansour has a Travel & Leisure score of 97.78. A stone’s throw from the famed Jamaa El Fna square, it is ranked the 12th best hotel in the world. A hotel that seeks to capture the feeling of an authentic medina, its offerings include restaurants, gardens, a 2500 square metre spa and 53 high-end riads. The hotel also has a network of underground tunnels that allow staff to work discreetly for guest comfort and privacy.

Located in South Luangwa National Park, Zambia, the Bushcamp Company’s Mfuwe Lodge has a Travel & Leisure score of 97.87, making it the 9th best hotel in the world. With 18 luxury chalets at its disposal, the safari lodge offers guests the opportunity to view game such as giraffes, hippos, buffalo, antelope, crocodiles and elephants. A part of the Bushcamp Company, the Mfuwe Lodge was founded in 1999 and is one of six such bushcamps. Its facilities include a spa overlooking a hippo lagoon.

The 8th best hotel in the world, Singita Grumeti is situated in the Serengeti National Park Area, Tanzania. It has a Travel & Leisure score of 98.12. Founded on a reserve that was created in 1994 by the Tanzanian government to protect wildebeest migration and indigenous biodiversity, Singita has been managing the property since 2006. Singita Grumeti is one of 15 luxury lodges and camps across Eastern and Southern Africa run by Singita which offer sustainable ecotourism funded by the Grumeti Trust.

Based in Karatu, Tanzania, Gibb’s Farm is the 5th best hotel in the world, with a Travel & Leisure score of 98.56. Overlooking the Great Rift Valley and Ngorongoro Forest, it offers accommodation in the form of a farmhouse and 17 cottages. Originally, it was a coffee farm in the 1920s before being converted into an inn. Gibb’s Farm prides itself on its green initiatives, such as recycling water and using solar panels for 90% of its hot water.

A WBA Hall of Fame honoree, Singita Sabi Sand is the third best hotel in the world, with a Travel & Leisure score of 98.59. Based in Sabi Sands Game Reserve, South Africa, its property includes a privately-owned game reserve adjacent to Kruger National Park. Owned by the Bailes family since 1926, it opened its first lodge in 1993. Owned by the Singita brand, it is renowned for its high density of big game and leopard sightings.