The Top Five most advanced African cities to do business in 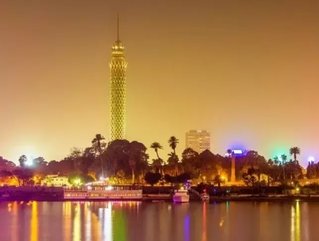 Like any successful capital city, Tunis has bustling rail, road, air, and port links that connect the North African nation with the rest of the world through the Mediterranean Sea. The city has a high concentration of students and therefore offers a diverse and high level skill set for employers.

4. Algiers, Algeria
There has been a settlement of some sort or other at Tangiers since at least the 3rd Century BC and since then the city has become a vibrant economic hub and centre for culture. It contains many centuries of historical artefacts, and also the world famous fortress of the Kasbah, designated as a World Heritage Site by the United Nations Educational, Scientific and Cultural Organisation (UNESCO).

Algiers is home to three universities, which makes it an ideal destination for a business looking for a highly qualified and specialised workforce. Alongside its international airport and railway, the city is home to a vital seaport that connects the whole of North Africa to Europe via the Mediterranean Sea.

Casablanca makes a huge contribution to the Moroccan economy; according to casainvest.ma up to 44 percent of the country’s industrial production, and a third of both its banking operations and national industrial exports take place within the city.

In addition to its airport, seaport, railway, and motorway links, Casablanca is home to the first North-African professional district comprised of more than 1,400,000 m² of office space. The city also hosts the Casablanca Stock Exchange which is the third highest performing Bourse on the continent and is also the dominant exchange for the Middle East and North Africa (MENA).

Johannesburg is one of the major cities in Africa’s second largest economy and contains the highest performing stock exchange, the JSE. The city has attracted all the top players in business and includes many national head offices for an impressive roster of multi-national companies including Coke, Nokia, and McDonalds

Founded around 1886 after the discovery of vast gold reserves, the city has grown to be a major centre for both business and education. Sandton, one of the city’s suburbs, has grown to become a business hub in its own right with most national companies basing themselves there and can now boast the largest convention centre on the continent.

Cairo is thousands of years old and has had lots of time across the centuries to mature its infrastructure grid and professional opportunities.  It is also home to several internationally renowned universities, providing a vast array of educational and vocational opportunities.

The city makes up roughly 11 percent of Egypt’s total population and 22 percent of the country’s Purchasing Power Parity (PPP). Furthermore, the city has grown so much that additional cities have sprung up in its wake, giving the Cairo area the status of a Mega City. The city also received the status as ‘World’s most 24-Hour City’ in a 2011 conducted by Badoo.com.