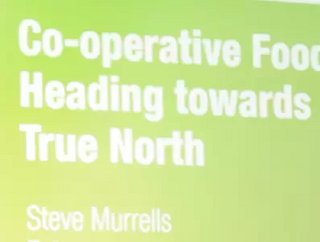 Leaders at Asda, Co-op and Morrisons are recognised in New Year Honours List for their part in keeping UK shelves stocked post-Brexit and amid the pandemic

Three employees, two CEOs and one manager, from three of the UK’s leading supermarket chains have been recognised for their work in ensuring the efficient flow of food during what has been a challenging few years with first, Brexit, and then the pandemic.

Steve Murrells, CEO of the Co-op Group, and Roger Burnley, former CEO of Asda (he stepped down in August 2021) were awarded CBEs in the Queen’s annual New Year Honours List, both recognised for services to the food supply chain. These accolades follow the CBE awarded last year to Ocado Retail executive Mel Smith who was also recognised for keeping the nation fed during the pandemic.

The awards acknowledge the roles the executives have played in ensuring supermarket shelves remained well-stocked despite the challenges brought on by the pandemic, from the global disruption of supply chains to the shortages of staff numbers.

Morrison’s supply chain development manager Angela Johnson was also recognised in this year’s list, and awarded an MBE, for her contribution to ensuring shelves were stocked at the supermarket chain’s Gibraltar branch, tackling both the challenges of Brexit and of the pandemic.

CBE for services to the food supply chain

Leading the Co-Op Group since March 2017, Steve Murrells was previously CEO of Co-op’s retail arm Food Business for five years where he led a highly successful turnaround which saw it outperform the market for 18 consecutive periods. Upon being promoted to CEO, Murrells was described internally as a “natural co-operator”, a great leader who transformed the food business and put it back at the heart of communities across the country.

With the belief that the business is only as strong as the communities it serves, the Co-op – the UK’s largest mutual business with over 4 million members and 60,000 colleagues – is known for its vision of co-operation and community support, something that became ever more apparent during the pandemic.

Under Murrells’ watch, ethics have been pushed further with campaigns against modern slavery and investment into education (state-run schools bought and converted into academies).

The Co-op’s food turnover in the first half of 2021 was up 4.2% on pre-pandemic levels with total online food sales around five times more than those in the first half of 2020. Co-op’s transition to online during the pandemic has been transformative thanks to Murrells. In the first year of the pandemic, Co-op opened 56 new food shops, extended 13 and refitted 105; supported FareShare to distribute five million meals; supported Marcus Rashford’s campaign to extend free school meals during the pandemic; and provided £3.1m in food vouchers and technology equipment to 6,000 students.

Allan Leighton chairman of the Co-op, acknowledged the contribution Murrells had played during the pandemic. “He has played a vital role in the rebuild and renaissance of our business and he is a shining example that an acute financial sense can go hand in hand with a wider social conscience and purpose.”

Prior to being with Asda, Murrells spent three years as CEO of Danish meat company Tulip, and before that, held senior leadership roles in European and UK-based food retail businesses, including at One Stop (CEO) and Tesco (COO of Dobbies Garden Centre). CBE for services to the food supply chain

Chief executive of Asda since January 2018, having joined the company in 2016 as deputy chief executive, Burnley left in August 2021 following Asda’s £6.8bn takeover by the Issa brothers and TDR Capital from Walmart which returned the supermarket to British owners. 54

Beginning as a graduate trainee with B&Q, Burnley first joined Asda in 1996 and spent six years here rising to supply chain director. He then moved on to Sainsbury’s as retail and operations director before returning to Asda as deputy CEO in 2016.

As leader of one of the UK’s big four supermarkets for five years, Burnley put in place a clear strategy for long-term sustainable growth while maintaining the brand’s strong heritage, supporting local communities, and developing brand partnerships, specifically targeting the sourcing of chicken, dairy, wheat and potatoes from UK suppliers.

Perhaps, most importantly, Burnley ensured Asda remained resilient throughout the pandemic, successfully managing the transition to online. Under his five-year tenure, including the first 18 months of the pandemic, Asda expanded its online capacity by 90% since Covid, hitting one million orders a week by the end of 2021.

Burnley was responsible for rolling out a number of new technologies to help make shopping easier for customers, and throughout the pandemic, was able to support more than 200,000 vulnerable people with weekly home shopping deliveries and provide 250,000 masks for care workers and 7,000 laptops for local schools.

Lord Rose, the former Marks & Spencer and Ocado chairman, who became Asda chair in November 2021, acknowledged in a statement the “incredible resilience” that Asda had demonstrated during the pandemic. Having spent nearly three decades at Morrisons, beginning as an admin assistant, Angela Johnson has served as supply chain development manager for Morrisons since 2016, where she is responsible for making sure food was on the shelves in the Gibraltar store post-Brexit, following the end of the EU transition period.

Both Brexit and then the pandemic impacted the smooth import of products, especially those of animal origin, to the British island, and according to Morrisons, it was Johnson who worked with suppliers, customs agents, hauliers, government officials and the Gibraltar store management team to try to maintain the best possible availability of staple products at the store which serves 42,000 customers per week.

“She has played an essential role in ensuring food supply to Gibraltar, during an extremely turbulent period, going consistently above and beyond the day job,” Morrisons said in a statement.

In a statement, Morrisons said: “New regulations from January 1 2021 brought a range of complex challenges which Angela faced head-on – always unfailingly patient, calm and determined. Angela’s strong and. Collaborative relationships with officials at Defra, the FCDO and the Government of Gibraltar are testament to her indefatigable character. She has played an essential role in ensuring food supply.”