Utilising technology to lower remittance costs in the MEA 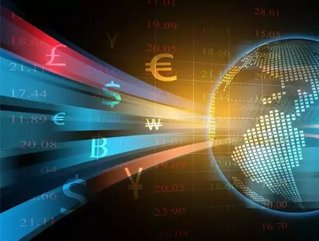 Business Chief takes a look at Oxford Business Groups (OBG) recent report on the impact of COVID-19 on remittance in the MEA region. The Gulf Within t...

Business Chief takes a look at Oxford Business Group’s (OBG) recent report on the impact of COVID-19 on remittance in the MEA region.

Within the Middle East and Africa (MEA) the cost of remittance tends to vary depending on market competition, the OBG states that “it is therefore unsurprising that remittance commissions charged by operators in the Gulf are among the lowest, given that immigrants represent high proportions of their populations: more than 80% of residents in the UAE are foreign born, as is over 80% of Saudi Arabia’s private sector workforce.”

The UAE and Saudi Arabia are the largest exports of remittance worldwide after the US, with OBG commenting that “while remittances usually flow from developed economies to emerging economies, many Gulf nations are the exception to this trend.” The average commission charged on a transfer of US$200 to india was 3.04% in February - only slightly above the United Nations’ Sustainable Development Goal of achieving an average of 3.0% worldwide by 2030.

With the fintech sector rising within the UAE, the likes of UK fintech company TransferWide, could see costs further fall within the region.

Currently TransferWise has a commission cost of 1.71% to transfer US$200, just over half the average of traditional firms, as a result OBG states that this could cause significant disruption within the sector for established institutions,  especially with the predicted fall in remittance volumes in 2020.

In 2019, remittance from African migrants abroad grew by 3.5% totalling US$707bn. On  average they account for 2.5% of the region's GDP, however this dependence on remittance can vary from country to country in Africa, for smaller countries such as Senegal remittance makes up 10% of its GDP.

Mostly coming from Arab countries, the US and UK, Egypt was the highest recipient of remittance in 2019 totalling US$26.8bn, wth Nigeria second totalling US$23.8bn.

However in contrast to the UAE, Africa has one of the world’s highest averages for transfer costs totalling 9%. While high, these costs have fallen since 2008 which had an average of  15%.

OBG attributes this high charge to “strict regulations that require money transfer operators to undertake checks to verify that the money is not destined for, or being used in, illicit practices. Streamlining regulations to reduce these checks would be one way to lower costs for consumers, who typically send small but regular amounts of money. Moreover, increased competition in Africa would likely drive down prices.”

The benefits of technology to drive down costs

As previously seen with TransferWise, the increase in fintech organisations with a technology-centric framework is one way OBG believes the MEA can lower the cost of sending remittances. This is due to the reduced need for a physical infrastructure to complete the transfer.

Currently in the MEA region, Nigeria is showing high levels of digitalisation, adopting the use of digital remittance providers. This can be seen in its lower costs compared to other areas in Africa.

“Fintech providers Azimo and TransferWise have brought the cost of transferring US$149 from the UK to Nigeria down to between 4-5%, well within reach of the UN’s 2030 SDG target of 3%,” states OBG.

Other technologies to consider include the use of Blockchain. Due to the strict regulations in Africa, Blockchain which can boost transparency and security, could drive lower fees with safer and more efficient transfers.

OBG does highlight that there is potential for cryptocurrencies to be used in the future. However the current market volatility, combined with its complex nature, isn’t something the group predicts will be utilised in the short term.