What leadership changes has MasterCard made in the UAE? 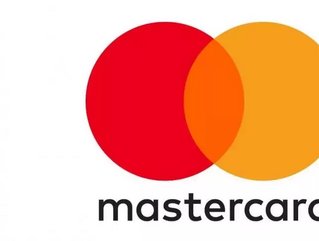 Following the conclusion of a successful year in the UAE, MasterCard has announced key leadership changes aimed at bolstering the company’s presence and further streamlining its operations in the Southern Gulf Cluster.

Eyad Al-Kourdi, who was previously General Manager, UAE at MasterCard, has been appointed General Manager, Southern Gulf. He will also be taking on division-wide responsibilities as MENA Advisor. He will be working closely with the Government Lead and Public Policy teams, as well as focusing on key external stakeholder relationships.

“The key changes in the organizational structure across our operations in the Middle East and Africa are a reflection of our rapid growth in this region and have been rolled out to help us consolidate our position as a customer-centric company and facilitate our efforts to expand operations and investments in all the key markets. As we look ahead to another successful year, our team remains committed to MasterCard’s long-term business strategy and growth plans in this important geography,” said Khalid Elgibali, Division President, MENA, MasterCard.

Al-Kourdi’s journey with MasterCard began in 1996 when he joined the company in Dubai, working his way up to General Manager, where he played a key role in helping MasterCard further strengthen business relationships with existing customers and new financial institutions.

As part of the division reorganisation, MasterCard has promoted Girish Nanda, former Country Manager for Saudi Arabia, to the role of UAE General Manager, to strengthen the company’s operations across the country.

Girish Nanda joined MasterCard in 2007, working several positions in strategy, business development and relationships with financial institutions. In 2014, Nanda was appointed Country Manager for Saudi Arabia, and has played an important role in establishing the MasterCard brand leadership in the Kingdom.

MasterCard is a technology company in the global payments industry, operating the world’s fastest payments processing network and connecting consumers, financial institutions, merchants, governments and businesses in more than 210 countries and territories.