Who are the longest serving CEOs in the S&P 500? 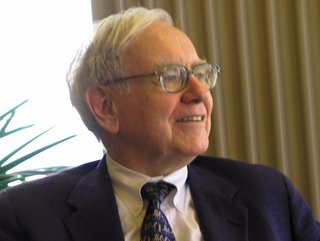 In 2020, billionaire investor and philanthropist Warren Buffett became the longest-tenured CEO in the S&P500 following the step-down of Les Wexner as CEO of L Brands. Known as the ‘Oracle of Omaha’, Buffett, 90, took control of textile maker Berkshire Hathaway in 1965, and turned the now US$700bn Hathaway into a holding company that buys up troubled businesses and turns them around. A passionate philanthropist, he has pledged commit 85% of his wealth to charity.

Stephen Schwarzman made a name for himself in M&A at Lehman Brothers before co-founding Blackstone, which he has led to become the world’s largest private equity firm by capital commitments with more than US$88bn AUM. In both business and philanthropy, Schwarzman, 75, has dedicated himself to tackling big problems with transformative solutions. A graduate of Yale and Harvard, he is a New York Times bestseller, and topped Forbes' list of most influential people in finance.

Dr Leonard Schleifer left his role as a neurologist in 1988 to co-found biotech firm Regeneron. As CEO, Schleifer, 69, has grown Regeneron from startup to a US$50bn firm with nine FDA-approved medicines and a reputation for making drugs at a breakneck pace. Lauded as one of Barron’s best CEOs, and an EY entrepreneur of the year, the billionaire is known as one of biopharma’s more colourful characters, and as the highest paid biopharma CEO globally, landing US$135.35m in 2020.

Taiwanese-American billionaire Jensen Huang co-founded chipmaker Nvidia in 1993. Under Huang, the now 12,000-strong Nvidia has become a major player in computer gaming chips and expanded to chips for data centres and autonomous cars. The Stanford graduate, widely considered among the world’s most technically savvy CEOs and a futurist, is leading an AI revolution in Silicon Valley. He has ranked top on the list of the world’s 100 best-performing CEOs over the lifetime of their tenure.

Entrepreneurial leader Richard Fairbank has played a key role in shaping how financial services are consumed today. Following a decade in financial services, Fairbank founded Capital One in 1988, introducing new strategies for credit models that changed the entire face of the banking industry, and growing the startup to become one of the 10 largest banks in America and a Fortune 100 firm. Becoming CEO in 1995, the notoriously media-shy Fairbank, 71, is the longest-tenured CEO among the top US banks.

DID YOU KNOW…? Richard Fain stepped down after 33 years as CEO of Royal Caribbean in November 2021, while in December, First Republic CEO James Herbert departed on medical leave after 35 years at the helm.