Advancing technology across the continent 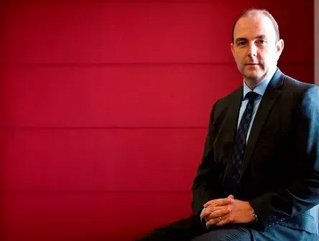 Being at the forefront of technology is an exciting place to be in the continent at present and no one understands this better than Cisco’s new Vice President for Africa, David Meads.

You can almost feel the heat from his enthusiasm as he discusses the dynamic markets and opportunities that are currently presenting themselves to his company, even though he is sitting in his home office in the UK for this interview.

He said: “I think it is fair to say that in the past two years Cisco has become very relevant to mobile telecom providers, in a way, being very candid, that we were not.

“The technology we have developed and some of the acquisitions we have made in that time are really starting to disrupt the market with our ability to take the IP technology out to the edge of the network.

“In doing so we are providing much more intelligence to the consumer and giving the service providers the opportunity to monetise those networks more effectively. Given the demographics in Africa, I am particularly excited by those technologies and being able to work in partnership with the service providers.”

He points out that while there is a proliferation of mobile phone users in places like South Africa and Nigeria, there are still millions of people across Africa who as yet does not have access to those technologies.

“We have the opportunity to drive reach and coverage to the more rural areas using IP technologies,” he said.

The world-leading IT solutions company operates in 57 countries across the continent through its distributor and partners’ network as well as having a presence in 10 of them:  Egypt, Libya, Tunisia, Algeria, Morocco, Senegal, Kenya, Angola, Nigeria and South Africa.

Meads first started working for Cisco in 1996, initially as an account manager based in the UK. He left the company in 2001 only to return five years later and then looking for a new professional adventure in 2010 moved to Johannesburg where he was given the chance to run Cisco’s South African business.

When Cisco decided to pull all of its African business under one role, Meads appeared a natural choice for the challenge which he has grabbed firmly with both hands.

Now he is a global commuter spending some 65- to-70 percent of his time in Africa visiting Cisco’s offices which employ a total of 300 people and meeting with a wide range of business leaders and government ministers to spread the message about how Cisco technology can help to transform countries and create ever greater efficiencies for its customers.

“In the public sector we are looking to drive this agenda around country transformation which is the concept of utilising broadband technologies to accelerate governments’ agendas,” he explained.

“Any given government in Africa has priorities around health, education, safety and security, job creation and rural development. Our submission to them is that rather than decoupling from technology they should look at how broadband, in particular, can accelerate growth and ultimately benefit economies.”

The delivery of cloud services has also started to gain traction in Africa, where for some time, it has been deemed more of a buzzword  rather than a blessing for businesses looking to create efficiencies and cut costs within its IT budget.

“I would say it is really only in the past 18 months that demand for cloud services has really started to pick up in Africa. People are beginning to feel more comfortable with the technology,” said Meads.

Head in the clouds

Cisco’s Hosted Communication Service is growing in popularity and Meads revealed that the company would shortly be making announcements about contracts with two key providers in South Africa and Kenya.

He also believes that Cisco is stealing a march on some of its competitors, such as IBM and Oracle, with its ability to deliver cloud services from both the server and core ends.

“When you start to link and put these two ends together, these large IP networks and the virtualisation capability we have brought to the data centre, I don’t believe no other organisation can do that.”

Meads is also keen to flag Cisco’s collaboration capabilities and believes that demand for video technology will increase as more organisations learn how it can genuinely help them become more competitive.

“I could not do my job as effectively without this technology,” he said. “Through video I am able to connect with everyone in my own company. I can hold meetings with the entire staff across Africa right here from my home office.

“In places like Cairo and Lagos where traffic in those cities is a nightmare, video can help make companies become more productive and cost effective by eliminating travel time to and from meetings. I believe video technology is quite compelling to CIOs.”

Aside to Cisco’s own vast capabilities within the technology market, is its ability to give back to the community in which it operates, which is something Meads is rightly proud of.

Cisco launched its Networking Development programme with the aim of enhancing IT skills development around the world in 1997. Today, in Africa, it has 790 networking academies giving 77,000 students the chance to hone those skills.

“We provide the curriculum, the equipment and train the trainers so that students can enrol and be involved in very basic IT training all the way up to recognised certifications.

“This is one of the things that make me very proud to work for Cisco. It is humbling and it is changing lives,” he said.

With Meads at the helm of Cisco’s African operations one gets the feeling he will be endeavouring to change many more lives while he wears the VP hat.