Are robots really going to steal our jobs? 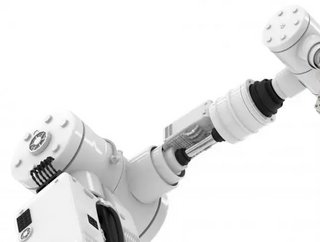 PwC analysis suggests that a third of UK and German workers will be at risk by 2030, but other research claims that robots are job creators. We look at both sides of the debate

Automation is nothing new. Industries all over the world have been subject to advances in technology over the course of centuries, even millennia.

Such advances through history, however, have often been met with resistance, especially when human capital is on the line in the short term. Indeed, being dubbed a Luddite stretches back to the early 1800s when handloom weavers protested against the mechanisation of the textiles trade.

While the immediate threat to livelihoods was no doubt a valid cause for Luddite angst, history has shown the Industrial Revolution led to enormous economic expansion and subsequent net gain of jobs versus those initially displaced by machinery.

So the questions begs, if history is to repeat itself again, should we really be worried about the latest wave of automation technology?

Fast-forward to 2017 and the world is an unrecognisable place compared to the 19th century. What was rapid in terms of technological progress during the Industrial Revolution seems pedestrian compared to what is commonly called the Fourth Industrial Revolution. The idea of a machine skilled enough to create textiles was alien in pre-industrial factories - the idea of machines talking to other machines probably a dream deriving from a generous dose of opium.

Rise of the machines? One commonality between automation today and in the Luddite era is that some industries’ human workforces appear to be at greater risk than others.

PwC has released research claiming that up to 30 percent of UK jobs (10.43 million) could potentially be at risk by 2030, with this rising to 35 percent in Germany and 38 percent in the USA. Japan, interestingly, is found to be at 21 percent.

Much of this risk is carried by a group of sectors that includes transportation and storage (where 56 percent of jobs are at risk), manufacturing (46 percent), wholesale/retail (44 percent) and admin (37 percent).

Has the Luddite fallacy finally come true? PwC does include some disclaimers, and ultimately concludes that the net impact of automation on total employment remains unclear. Indeed, it says that “new automation technologies in areas like AI and robotics will both create some totally new jobs in the digital technology area and, through productivity gains, generate additional wealth and spending that will support additional jobs of existing kinds, primarily in services sectors that are less easy to automate”.

Other research carries a wholly more optimistic outlook from the outset. The Chartered Institute of Ergonomics and Human Factors and job seeker and recruiting site CV Library presents a fundamentally different outlook to the likes of PwC.

Their studies reveal that more than 63 percent of the 1,000 UK industry professionals surveyed say that they have never witnessed job cuts due to automation or robot takeover. More than a third revealed that this had actually led to the creation of more jobs in their organisations. Further still, CIEHF and CV Library say that nearly three quarters of professionals hold the view that they and other workers are being scare mongered by negative coverage on robots and automation technology. While half admit that there is resistance to implanting newly automated processes, common belief appears to be that such resistance is misguided.

So what can be done to allay these fears? The same research claims that nearly 80 percent of manufacturers feel the need for greater efforts in promoting the benefits of new technology in the workplace. Nearly half of all industry professionals state their business fails to communicate these benefits, especially to those frontline staff who may feel the most threatened.

This would seem the most sensible place to start, along with some meaningful joined up collaboration between commerce and governments both in the UK and across Europe to address skills deficits.

According to the European Centre for the Development of Vocational Training, Europe’s top five skill shortage occupations are IT professionals, medical doctors, STEM professionals, nurses and midwives and teachers.  However, the picture varies from one country to another. For example, all EU countries barring Finland lack IT workers, while Belgium, Greece, Spain, Hungary, Latvia, Lithuania, Luxembourg and Portugal have no shortage of teachers.

So while the question of whether robots and automation will significantly displace humans may still be up for debate, there is little doubt that workforces need to be suitably developed in order to maximise benefit from emerging technologies. Failure to do this, and the Luddite fallacy may one day ring true.