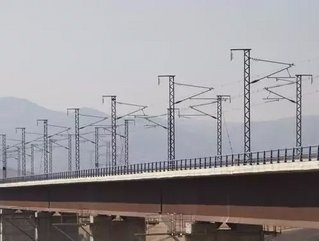 Russian tank and railcar maker Uralvagonzavod, faced with a raft of US and EU sanctions, has found solace in an $8.3 billion Algerian transport spending programme.

The company signed an agreement with Ferrovial Spa to set up a joint production facility which will produce freight cars, rail tankers and bulldozers, as well as other railway equipment.

Chief Executive Officer Oleg Sienko highlighted that the company would contribute to doubling the existing output at the Ferrovial manufacturing plant, he said: “We have an unprecedented potential for growth in ties as Algeria diversifies its economy. We’re sure Russian companies will be in demand, including our technology.”

Algeria is also one of the biggest weapons markets for Russia, buying as much as $13 billion in arms since 2006, according to the Moscow-based Centre of Analysis of Strategies and Technologies. It is estimated that Uralvagonzavod has sold more than 300 T-90 battle tanks to Algeria, makes about half its revenue from producing railcars.

“We will find a way to make things work,” Sienko said. “Of course it makes it harder. The fact that we are on the sanctions list creates difficulties for us.”

The Algerian Government’s transport programme consists of an investment $8.3 billion spread across five years which will develop the country’s railway network and fund the construction of a new port.