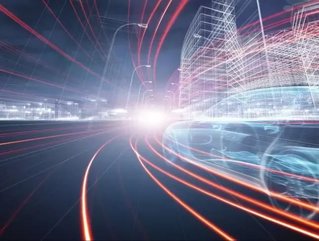 It’s not just car manufacturers and battery-makers who are seeing the opportunities ahead. The electric vehicle space offers up scope to a whole range of developers and investors, looking to capture a slice of a rapidly-growing market…

Bans on petrol and diesel vehicles - set to come into place across Europe over the next decades - mean there’s more focus than ever on the electric vehicle market.

Within the space there are motor manufacturers, R&D labs for battery technology, charging-point installers, car tech companies and even those involved in motorsport spying opportunities.

October's issue of the Business Review Europe magazine - OUT NOW!

The boom in the industry – 2016 saw a 41% increase in global sales (777,497 vehicles) – represents a huge opportunity for startups and established businesses alike to offer something new and exciting to this burgeoning automotive market. UBS expects that 14% of all cars sold globally by 2025 will be battery driven, and one in three cars sold in Europe will be an EV.

Denis Sverdlov, CEO of Arrival, says: “We are thrilled to partner with Royal Mail, who will be using our electric vehicles. Cities like London will benefit hugely from a switch to electric, in terms of both pollution and noise. Most importantly, we are priced the same as diesel trucks thus removing the main barrier to go electric.”

At the other end of the scale, when it comes to transport, is Bolt. This Netherlands-based company is leading the way when it comes to safe, scalable and environmentally-friendly alternatives to petrol and diesel vehicles. The AppScooter is a plug-in vehicle with full app integration, capable of 400km on a single charge.

CEO and co-founder of Bolt Mobility, Bart Jacobsz Rosier, saw the gap in the market for a desirable electric scooter and he says: “Small combustion engines are extremely harmful to the environment and have been largely unregulated in the scooter market.

“This holds especially true for two-stroke engines, which is what a large part of the scooter market still consists of. These engines emit up to 2700x as many pollutants as a modern van. Even newer four-stroke engines still emit up to 15x more CO2 than a modern car.”

The company has just launched another funding round on Seedrs and is keen to move forward with production of the scooter as these small vehicles will have a huge role to play in the future.

Jacobsz Rosier explains: “By creating AppScooter, we are seeking to offer a new, completely sustainable alternative for those who currently drive polluting petrol vehicles.

“As congestion with cars is actually expected to rise to chronic levels in the coming years, smaller vehicles such as scooters have a role in offering residents of large cities a cost-effective, fast and environmentally-friendly form of personal transportation.”

For anyone involved in the electric vehicle space, Jacobsz Rosier’s predictions for the future look quite promising.

“In 10 years’ time electric vehicles, be it a car or a scooter, will make up 9% of total production globally. The technology is advancing at such a rapid pace that, in the next two years, it will become cheaper to build an electric vehicle than a petrol equivalent, as shown by the rise of Tesla.”

Smart infrastructure on the rise

With the proliferation of electric vehicles, its recognised that there needs to be an improvement to the charging infrastructure in and around cities.

One such solution comes from the UK arm of Belgian company Schréder. The Shuffle is a smart street light that also includes an electric car charging point and Wi-Fi.

The drain on the National Grid is going to be significant as we get more electric cars on our roads, as Nick Cruse, operations director at Urbis Schréder, explains.

“This will increase energy demand from the UK’s national grid by around 10 percent – according to the latest research from Cambridge Econometrics,” he says.

However, without a unified charging network and only £100 million set aside for the installation of charging points, solving the chronic lack of infrastructure for EVs is a more pressing matter. Instead of implementing costly separate charging units, another solution is to build on the pre-existing lighting network.

“Smart LED lighting columns – such as the Shuffle – are more energy-efficient than traditional streetlights (minimising the drain on the National Grid), and can declutter our streets while we transition to a sustainable transport network,” he adds.

“They also have the added benefit of helping improve internet connectivity and public safety.”

Not only will this contribute to the smart cities of the future - but will also help to increase infrastructure across Europe.

Cruse expanded: “The Shuffle is being rolled out across the UK – at sites including Stadium MK in Milton Keynes, and the Isle of Man. As Britain’s first Wi-Fi connected streetlight, the Shuffle will continue to be installed at a number of high-profile locations. As we continue to invest in developing the column for future-use cases, we hope to see the Shuffle installed throughout the UK and Europe.”

Another business capitalising on the expanding EV market is German audio company HARMAN. While the company creates car audio systems for a range of manufacturers, it goes further and is singlehandedly creating something that will make EVs all the more appealing. Once you get practical concerns such as range and battery lifespan out of the way, one of the things that puts car lovers off an EV is the lack of noise.

The noise of a car not only known to contribute to the enjoyment of it, but also to safety. New standards are being rolled out that will require usually quiet electric cars to produce noise at low speeds. To this end, HARMAN has developed the Halosonic exterior sound system.

Its system has four sounds on offer; the first two were combustion engine sounds and while a good showcase of the technology, they were not particularly relevant to the Model S. The final two were futuristic sounds that were perfectly in-keeping with the look of modern EVs.

As we move closer to a world without new combustion engine vehicles, opportunities will continue to present themselves to technology companies and startups looking to contribute to this varied and rapidly expanding market.