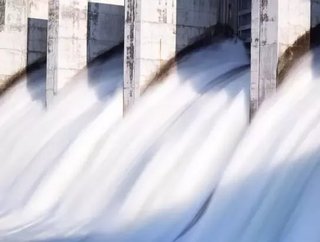 SRK Consulting provides independent technical advice and services to the natural resource industry. The group have a strong African presence. For instance, it is involved in hydroelectric schemes along Angola’s Kwanza River. SRK has been contracted by financial institutions to conduct the environmental and social due diligence for three of the dams, in order to ensure compliance with Good International Industry Practice (GIIP).

Here are five things we’ve learnt from SRK’s recent experience of working on the Kwanza River:

According to SRK, plans for Angola’s hydro projects are ambitious and far-reaching for the country’s development. Angola require investment of approximately $10 billion for the first tranche of projects.

“Finance for these projects has to be raised and the lenders are Equator Principles Financial Institutions (EPFIs),” said Sharon Jones, Associate Partner and Principal Environmental Scientist at SRK. “To protect themselves against environmental and social risks, the lenders are committed to ensuring that the Environmental and Social Impact Assessments (ESIAs) and project implementation are compliant with GIIP – typically a proxy for the International Finance Corporation (IFC) Performance Standards and the Equator Principles.”

The Kwanza River drops some 1,000 metres over about 200 kilometres of its middle course as it nears the coastline and discharges into the sea south of the capital Luanda. It has been estimated that this head of water could be harnessed to generate 7,000 to 8,000 megawatts (MW) of energy from up to seven hydropower schemes along this reach of the river.

“The three proposed dams on which SRK is conducting Environmental and Social Due Diligence (ESDD) reviews are in an advanced stage of planning or execution, and could generate 5,000 MW of electricity by 2021,” said Jones.

Jones noted that the social impact of this kind of project previously involved resettlement of people from their land or their villages, but will not in this case.

“Fortunately the area is not highly populated so very little resettlement will be required,” she said. “Nonetheless, the process needs to be transparent, systematic and equitable so that those who are moved or displaced from their land are not disadvantaged. Resettlement Action Plans (RAP) have been developed which SRK has reviewed, with the focus now shifting to monitoring implementation of the RAPs.”

The dams will alter flow regimes in the river, which in turn affect the levels of sedimentation; the sediment is usually deposited onto surrounding land in the floodplain during the annual flooding of the river, and this will now be less likely to occur. Other concerns are that dams are physical barriers that tend to restrict the migration of fish species, and flooding of rapids will destroy those particular habitats which might be particular to certain species.

Terms of employment for workers are also vital elements to consider, said Dalgliesh.

“These projects employ substantial numbers of employees, and standards must be applied regarding a range of issues including: health and safety; the rights of workers to organise; the accommodation they are entitled to; and the terms of their mobilisation and demobilisation,” he said. “These processes must, for example, be compliant with Angolan labour law and, in some cases, the standards of the International Labour Organisation.”