Innovation is key to a mobile Africa 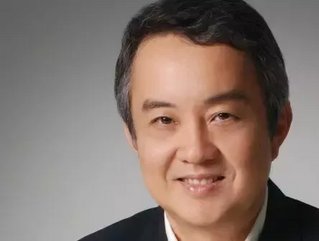 Written by Dr KF Lai, CEO of BuzzCity, who reveals on-the-ground insight into the mobile marketplace in Africa.

2012 saw the BuzzCity network grow by 67 percent with more than 210.8 billion ads served across the globe and this extensive growth in mobile usage is certain to continue as we move through 2013.

Recent forecasts from Cisco revealed that the number of mobile devices will tip seven billion in 2013, outnumbering the human population, thanks to growth in developing areas, such as Asia, the Pacific and Africa.

According to our latest research, when it comes to regional growth it is worth looking beyond the well-known markets of India, Bangladesh, Pakistan and Sri Lanka as Africa’s mobile boom continues. With a hub of activity in the region we breakdown the market:

South Africa -South Africasaw an overall growth of 57 percent in 2012 and smartphone penetration has grown to 32 percent and is rapidly becoming a mainstream device. Usage is expected to grow as many more will enjoy the benefits of reduced bandwidth costs and improved infrastructure. Monetisation opportunities for domestic publishers will grow as demand for content increases.

Kenya – Despite softening demand at the end of 2012, Kenyan traffic saw growth of 45 percent year on year. As with Nigeria, smartphone penetration remains low at around 12 percent with Nokia and white box phones topping the charts. However, Kenyans are still avid surfers with more than one billion ads delivered each quarter.

Egypt in particular has a relatively high smartphone penetration (33 percent) and nearly 70 percent of Egyptians prefer to surf with their smartphone. While smartphones have seen growth throughout the region it may be another year before it reaches the explosive growth of other regions.

Across Africa and Asia, “mobile phones are used less for talking and more today as platforms to support daily living,” writes Robin Renee Sanders, a former US Ambassador to Nigeria, who argues that creative apps and mobile services are improving people's quality of life.

For example, we’ve already seen mobile banking and micro financing entering the mobile market and we envisage mobile healthcare will develop and grow in much the same way; by solving the problem of accessibility.

Another example in South Africa is MoMaths, a teaching tool that targets users of a popular instant messaging platform as well as an NGO called Refugees United that “offers a safe, secure and anonymous way to find family and friends”.

So what does this mean for the future of mobile in Africa? Innovation is key. Consumers are still willing to do more with their mobile phones, in fact we have seen an increase in mobile commerce, particularly for physical purchases in South Africa (33 percent).

If this continues transactions for physical products may outpace mobile entertainment content this year. In addition, with the reduced cost of bandwidth and infrastructure continuing to improve over the coming year we will certainly see this reflected in economic growth of the region.

Dr KF Lai is co-founder and Chief Executive Officer of BuzzCity. Since its launch in 1999, BuzzCity has grown to be a leading global mobile advertising network.