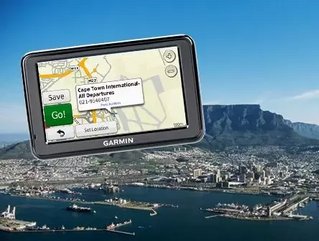 Garmin Southern Africa (PTY) Ltd revealed that City Navigator Pan-Africa will provide Garmin users with one map for the whole of Africa, even in countries that have never featured mapping on its devices before.

Walter Mach, Chief Executive Officer of Garmin Southern Africa, said: “City Navigator Pan-Africa will not only provide valuable technology to travellers, but will also be beneficial for farmers, truckdrivers, miners and surveyors who require top notch navigational technology on a day to day basis.

“In parts of the continent where extensive road networks, signage and other infrastructure are not yet fully developed, City Navigator Pan-Africa will pave the way to increased commerce, development and agricultural activity, not to mention an expanded tourism footprint.”

It also has more than 610,000 Points of Interest (POI) across the African continent, also including cities, towns, fuel stations, lodging and airports.

The product features include:  map coverage for 54 countries, 29 of which with detailed coverage (full country or partial); over 4.8 million km of routable road and street network; over 1.9 million km of non-routable road, path and track network and more than 610,000 POIs across the African continent, also including cities, towns and airports

Mech added that City Navigator Pan-Africa marks an exciting period for the company, affording Garmin Southern Africa the opportunity to continue expansion plans across the continent.