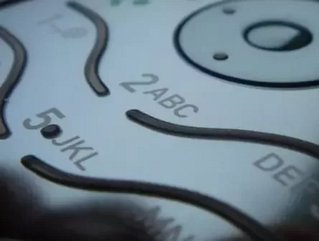 As the mobile boom takes a hold of Africa, the status of e-commerce is both growing and dramatically changing across the continent. Connectivity challenges are becoming a thing of the past and Africa is now geared up to fully embrace e-commerce. South Africa, Egypt, Ethiopia, Nigeria, Morocco, Tunisia, Kenya and Senegal are leading the way in hardware and software, while many other African countries have also begun to start initiatives to develop e-commerce services.

However, the lack of a common African e-payment system means that difficulties associated with e-commerce remain unresolved. If Africa is to catch up with the rest of the world, recognizing Africans’ way of life and just how vastly that can differ across the land is imperative. Although the economic fortunes of African countries have improved with sustained growth experienced on the continent, economies still range from the high ranking Equatorial Guinea, right to way through to poverty-stricken countries and The Democratic Republic of the Congo, a nation recovering from two decades of decline.

In fact, it is widely believed that e-commerce should be customized to fit in with the people living in a variety of extremes in Africa. Many agree that poverty can be reduced if communication services, such as m-banking, allow access to rural and remote areas, and are affordable to the poor.

Back in March last year, a pan-African alliance on e-commerce was launched in Addis Ababa, Ethiopia and was described as “a milestone in the development of electronic trade in Africa” by Urbain Zadi, Director of strategic planning at the Economic Commission for Africa.

The alliance, launched during a regional forum in Addis Ababa on Trade Facilitation and Aid for Trade, is aimed at intensifying cooperation and initiating common projects of interest to African countries and the sub-region.

Senegal, Cameroon, Cote d’Ivoire, Gabon, Democratic Republic of the Congo, Morocco, Ghana, Libya, Kenya and Togo are among the countries that have signed with the alliance. “[The pan-African alliance on e-commerce] reflects the determination of African countries to work together in promoting international trade through the use of ICT,” Zadi said.

THE VALUE OF M-BANKING

In a bid to further understand the implications and take advantage of the mobile boom, this February, the Economic Commission for Africa (ECA) published the results of a comprehensive study assessing the status and potential for growth of mobile e-commerce in Senegal, Kenya and South Africa.

The publication, entitled ‘M-Banking, an African Financial Revolution’ is a fusion of reports from academics in the three African countries; Professor Meoli Kashorda on Kenya, Mme Fatimata Seye Sylla on Senegal and Dr Simon Bachelor on South Africa.

According to ECA, the publication “examines the wireless technologies deployed as well as their advantages and disadvantages, the growth potential for the mobile telephony sector and rollout plans in the countries surveyed”. It also assesses a variety of aspects of e-commerce, including the status of telecommunication and financial infrastructure and services, the state of the mobile services market, the legal and regulatory environment for m-banking, as well as security issues.

On a whole, the study concluded that mobile phones had “revolutionized” e-commerce in Senegal, Kenya and South Africa and that the economic impact this has had on the countries’ rural populations had been positive. More specifically, the publication said mobile phones were bringing previously marginalized rural communities in to the mainstream of the economies by enabling them to conduct business transactions, such as banking through the phone.

Sizo Mhlanga, Chief of the ICT Policy and Development Section on behalf of the Director of the ICT, Science and Technology Division of the ECA, said that “mobile phones are an important ICT tool for development due to their ability to easily leapfrog the infrastructure barriers in remote and rural areas in Africa”, suggesting that mobiles are both an effective and adaptable tool in bridging the economic and geographic divide across the continent.

However, it is clear that concerns around the type of policy requirements needed to sustain efforts in developing the m-banking sector must be addressed in order to continue promoting economic development in Africa. And in fact the study does highlight policy, legal and regulatory challenges with respect to m-banking and issues of security, trust and confidence as being of paramount importance in conducting and promoting m-commerce activities.

The explosion of mobile technology across the continent will undoubtedly have a positive economic impact. Yet if other African countries are to follow suit, the opportunities presented by m-commerce must continue to be explored and exploited.