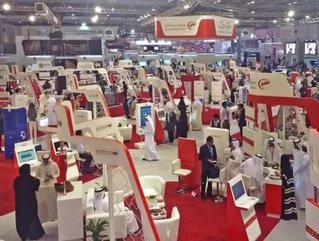 GCC countries have some of the world’s leading E-Governments with Bahrain, Saudi Arabia and the UAE in the global top 20 for online service delivery, according to a United Nations (UN) survey.

In the overall standings, Bahrain jumped 18 places to earn the 18th rank, while the UAE enjoyed a global ranking of 32. Other GCC countries also figured prominently in the survey with Saudi Arabia at 36, Qatar at 44 and Oman and Kuwait at 48 and 49, respectively.

The UN e-Government Survey is conducted every two years to analyze the progress made by the countries in all regions of the world in digital interactions between governments and people to implement an integrated e-Government platform.

This year’s report focuses on the significant investment made by countries in the information and communication technologies (ICT) for a smooth transition to online public services by enhancing efficiency, effectiveness, transparency, accountability, and sustainability.

Jamil Ezzo, Director General of the International Computer Driving License (ICDL) Arabia and ICDL GCC Foundation, said: “The tremendous rise in the ranking of the GCC countries in their position from the 2012 survey depicts their e-Readiness, which indicates their preparedness to offer its citizens, residents and visitors with seamless, efficient and effective e-Services.

“The GCC countries ranking among top ten in Western Asia driven largely by the proactive initiatives taken by their respective governments to implement online services as an economic tool to support the knowledge economy.”

The GCC governments have made significant investment to build their government portals, which offer swift and transparent services. In addition, the report has recognized the deployment of the Emirates ID Authority’s Biometric Enrolment in the UAE as part of the National ID Registration Program as one of the world’s best biometric programs.”

Bahrain ranked first among the GCC countries, while it is 5th in Asia. Bahrain’s progress is attributed to the Supreme Committee for Information and Communication Technology (SCICT) and the e-Government Authority, established to develop and implement a comprehensive e-Government strategy.

Driven by a highly advanced e-Government portal, the UAE ranks number two in the GCC and seven in Asia. The results of the 2014 survey also show that Bahrain ranks 7th on the Online Service Index, followed by the UAE and Saudi Arabia at the 12th and 18th position, respectively. Moreover, Bahrain, Egypt, Jordan, Saudi Arabia, the UAE and Kuwait are the Arab countries with a score higher than 66.6 per cent in the whole of government.

The GCC countries have adopted a common goal to enhance their e-Services that will allow them to increase the productivity and efficiency of government and improve their global e-Government ranking.

The International Computer Driving License (ICDL) is a global computer literacy initiative developed to provide knowledge about Information Technology (IT) and enhance competence of using personal computers and common computer applications for all the citizens of the world.