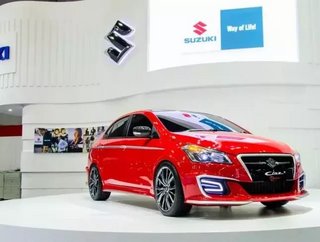 Under the supervision of Mobiclicks, Suzuki went off the beaten track and used mobile as a platform to drive sales of its automobiles in South Africa.

Mobile marketing is being taken increasingly seriously, with some of the biggest players in the world recognising the potential for mobile to penetrate in Africa where television, radio, and desktop marketing fall short.

In 2014, Gartner estimated the global market for mobile marketing will reach just over $40 billion by 2017 which will be fuelled in no small part through increased uptake by developing countries. A PwC report estimated that the global digital advertising market is set to reach $185.4 billion by the same year.

Exploring the success of Mobiclicks, it becomes clear that quality will become an important deciding factor, even when cash becomes less of an issue as African economies mature and develop.

Suzuki was pleased with the number of people its social media channels had reached but one thing was becoming clear: these impressions simply weren’t converting into sales. While maintaining a strong social presence is vital, making sales will always be the bottom line.

In 2014 Suzuki enlisted the support of Mobiclicks, one of the leading mobile media companies in the country, which has delivered campaigns for some of the nation’s largest companies including Shoprite, MTN, and Walt Disney.

Utilising the diversity of mobile the company had several key aims which included:

Due to its mobile marketing campaign with Mobiclicks, Suzuki increased its brand awareness across South Africa to the extent that the company is now the one of the fastest growing automotive brands…..read the more in-depth version of this article in the June Issue of African Business Review.