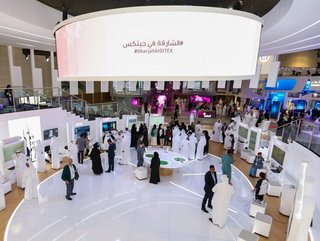 From the world’s first government-backed metaverse to drones detecting trafficked goods, and driverless taxis, the latest government initiatives from GITEX

At no other time in history have Governments undergone such a radical digital revolution, as they look to leverage the latest technologies to boost productivity, raise operational efficiency, and enhance the lives of their citizens.

And nowhere was this digital transformation of Government more apparent than during the world’s biggest tech event, GITEX GLOBAL 2022, which is taking place this week (October 10-14) in Dubai, UAE.

With more than 5,000 companies exhibiting, marking the biggest show to date, the 42nd edition of GITEX mirrors the ambitions of the UAE and the region’s digital transformation movement, as government initiatives such as the National Program for Coders, the Dubai Metaverse Strategy, and Next GenFDI propel the UAE to the forefront of the global digital economy.

More than 250 Government entities throughout the UAE and regionally took to the GITEX stage to showcase the emerging technologies they are embracing along with innovative initiatives and public-private partnerships they are launching – designed to deliver seamless customer experiences, provide world-class security, and drive socio-economic growth.

From staking a claim in the Metaverse to delivering driverless transport and drones to check trafficked goods, we spotlight some of the projects the UAE government are working on. 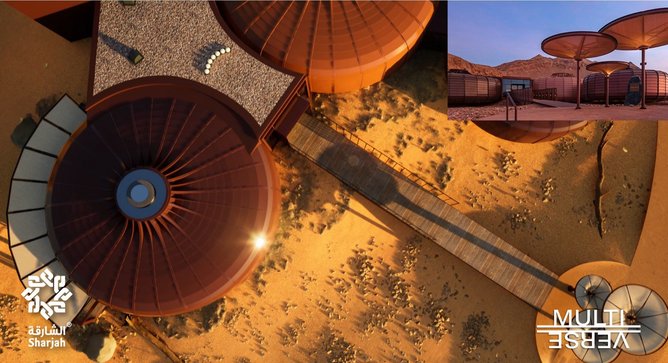 Staking their claim in the Metaverse – world firsts

Staking a claim in the Metaverse was the big story at GITEX, with numerous Government departments (not to mention companies, like Commercial Bank, and e&) making their Metaverse debut, as they leverage the virtual world to attract investment and/or boost tourism.

The aim is to bring the emirate to a global audience to boost the tourism economy, and to create metaverse jobs for local employees at Sharjah’s iconic sights.

Not one to shy away from world firsts, Dubai became the first police agency in the world to launch its own digital assets – with Dubai Police launching the luxury patrol ‘Ghiath’ NFT collection. Some 22.91 million people around the world have already registered their interest in the collection, which features a 360-degree camera, eight exterior surveillance cameras, and a facial and licence plate recognition system.

Meanwhile, Dubai Airport Freezone (DAFZ) made its Metaverse debut with the launch of METADAFZ, as it aims to attract foreign direct investment and businesses to the free zone. An alternative to the traditional way of conducting business, METADAFZ will enable clients to conduct meetings via a virtual platform wherever they are in the world.

A number of Government departments further showcased how the Metaverse can help with urban development by simulating the planning of new areas via a digital twin of Dubai.

Dubai Municipality displayed how low-altitude corridors and vertiports for unmanned drones are being developed to provide new services in air mobility, air freight, logistics and aerial surveys. Meanwhile, Dubai Electricity and Water Authority revealed how it would use its Mwafeq four-legged robot to inspect and audit stations and read meters in remote areas.

Security in the emirates – drones to robots to biometrics

Robots (and drones) are the future for Dubai Customs, which displayed its latest drone and robotic technology to help more effectively stem the flow of illegal narcotics and trafficked goods into the emirates’ borders.

This comes as the customs authority made almost 5,000 seizures last year.

Among the innovative drone technologies unveiled by Dubai Customs – the Smart Deterrence Inspection Drone, which has been designed to help customs inspection operations in rugged, dangerous, confined, and difficult-to-reach spots. The drone leverages AI to analyse the surrounding environment for potential hazards such as high winds, low battery conditions, dangerous altitudes, and GPS navigation.

The department also launched the Customs Dolphin, a marine robot that uses a robotic arm and 12-megapixel 4K camera to monitor marine vessels and their movements before they enter the port.

Security took centre stage at the exhibition courtesy of the General Directorate of Residency and Foreigners Affairs (GDRFA), which featured a huge 3D head showing how biometrics would become more widely used outside of airports and border crossings. The plan is that biometric data can then be used by other government and non-government organisations to enhance their customer services.

“Whether residents or tourists, the biometric data such as iris recognition and facial recognition is captured and stored in a secure database,” says Fatima Al Mazrouei, Director of the Project Management Office at the GDRFA. “The data can be used by entities to identify someone before the use a service, such as airlines, airports or hotels.”

For the first time, Dubai’s Roads and Transport Authority (RTA) revealed its new all-electric self-driving Cruise vehicle, which is expected to be “deployed in limited numbers next year,” according to HE Mattar Al Tayer, Director General.

This is part of RTA’s roadmap toward realising the Dubai Smart Self-Driving Transport Strategy aimed at transforming 25% of total mobility journeys in Dubai into journeys on various self-driving transport means by 2030.

Built on the Chevrolet Bolt electric platform, the Cruise vehicle is currently being used in Cruise’s commercial fleet of self-driving vehicles in San Francisco.

While the Abu Dhabi Department of Municipalities and Transport showcased the autonomous Taxi Minibus, set to make its debut during the Etihad Airways Abu Dhabi Grand Prix on November 26.

And as part of a collaboration with Dubai International Chamber of Commerce, a demonstration of the future of travel in the emirates, Chinese EV manufacturer XPeng launched the world’s first public flight of its pioneering eVTOL flying car X2.

The X2 emits zero carbon dioxide and is designed with low-altitude city capabilities in mind and has a maximum flight speed of 130km per hour.