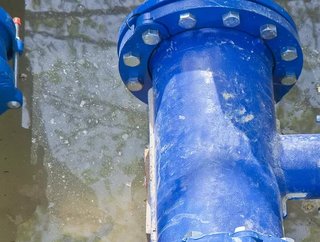 The Chinese company, Zijin Mining, has invested in a water supply system to improve the quality of living in the local community

Zijin Mining owns and runs copper mining and smelting operations at its complex in Bor, Serbia. The company has donated €1mn to the community for the construction of a water supply system, which is capable of serving 1,00 people in Metovnica - a village near the Zijin mine.

Completed by a signature from the Mayor of Bor, Aleksandar Milikic, and representatives from Zijin Mining, the project will provide clean drinking water to all households in the village by the beginning of November 2021.

According to Serbia’s Deputy Prime Minister, Zorana Mihajlovic, “mining isn’t just about the or” and that the donation from the mining company will go a long way to improving the lives of local people. Zijin has remained present in Bor since 2019 and has played an important role in the increased tax income, allow the city to increase its annual budget - by 40% and created around 1,500 jobs for local young people.

This has also positively impacted the education system and local infrastructure. "Around 300 children attending the village school will have a future, and in this future, they will have water, electricity, roads, and the opportunity to get employed," says Mihajlovic.

Dejan Markovic, a representative of the local council, has expressed his gratitude for the opportunities provided by the collaboration of the Serbian state authorities and Zijin Mining. "This time, they are helping us build a water supply system, which is of historical importance for us because Metovnica has never had a water supply system, so we had major problems with obtaining water."

Zijin Mining’s General Manager, Fu Feilong, is certain that future developments within the company will benefit society. "In the future, we will continue to realize the vision of Zijin Mining to develop mining to the benefit of the whole society, actively engaging in social responsibility, giving back to the community, contributing to the society and undertaking all practical activities in order to promote the common development of both the company and the community," Feilong says.

Mijhajlovic has also spoken about the further energy and mining developments in the area. In Autumn this year, a major mining project is set to open - called Cukaru Peki - and will be one of Europe’s largest copper and gold extraction sites - also declared the first “green mine” in Serbia.