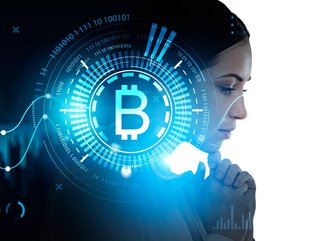 Germany nudges Singapore aside to become world’s most crypto-friendly country, while France, Spain, The Netherlands and Switzerland rise in ranks – Coincub

Germany is now the world’s most crypto-friendly company, according to Coincub’s latest Q1 international crypto ranking guide for 2022.

Germany’s steady rise has seen it take top spot as the most dynamic crypto economy worldwide from Singapore, which dropped to second place due to government decisions to restrict crypto services advertising by Virtual Asset Service Providers (VASPs) outside of their websites and a clampdown on Bitcoin ATMs.

Germany takes a positive stance on cryptocurrency trading and investment and has the highest number of Bitcoin nodes besides the US, but with a smaller population and GDP demonstrating an even greater commitment to crypto.

There have been several positive developments over the last few months. The Federal Financial Supervisory Authority issued a crypto custody business license for Coinbase’s German arm earlier this year. The German stock market operator Deutsche Boerse has also listed more than 20 crypto exchange-traded products on its digital exchange, Xetra, and The Sparkasse savings bank is looking into offering wallets to trade crypto is a huge step for institutional acceptance.

The USA came in third place, though ranks first in domestic mining, followed by Australia and Switzerland, and a re-emergence of Hong Kong at number six.

Other European countries have moved up the ranks over the last three months too, with The Netherlands, France and Spain rising to seven, eight and 16, respectively, thanks to strong all-round crypto ranking criteria including high volumes of crypto transactions.

Along with Germany, they have strong scores for the number of blockchain startup companies in their economies, the sign of a very vibrant blockchain-tech community – and all feature increasingly positive regulation to safeguard the interests of crypto consumers.

New laws which clarify the position of Virtual Assets Services Providers, making trading more secure, moves Spain up, despite highest taxes; while The Netherlands, which has a highly motivated crypto economy with financial institutions very open to crypto trading and spending, has one of the highest scores in our rankings for Bitcoin Nodes, along with high scores for the number of ICO startups.

Most interestingly, Switzerland has risen eight positions to number five, with its independent Canton City of Lugano now openly recognising Bitcoin as legal tender. Lugano is adopting cryptocurrency as a means for payment of taxes, goods, and services, as part of a new collaboration with the provider of the Tether (USDT) stable coin. Having two such apparently opposite economies as El Salvador and Lugano holding this position widens the crypto debate and provides something akin to AB testing.

Mid-table risers include Denmark and Romania as their governments begin taking a more positive stance on the need for clearer and more up to date crypto legislation. Credited with having a fast-developing blockchain community and citizens with a very positive outlook toward cryptocurrency, Romania boasts a number of homegrown crypto exchanges and even provides crypto trading linked to the Romanian Leu.

Hungary has dropped from 18 to 28 in this quarter’s rankings, having initiated a sweeping new crypto taxation flat rate of 15% on crypto gains – with no threshold on earnings, applicable only when your crypto is converted to flat currency. Such a move is seen by the government as the means to increase the tax take and reduce tax avoidance among citizens and may catapult the country upwards in forthcoming rankings.

At present Hungary hits the ranking’s top five as one of the lowest crypto tax locations worldwide, along with Cyprus, Nigeria, Malta, and El Salvador.

With a complicated tax system for high rolling crypto traders, Malta is a haven for professional investors who find ways to mitigate the prevailing business income tax of 35% down to somewhere between 5% and zero.

Into the list is a new entry, the UAE, coming in at 22. The UAE had previously taken a hard line against crypto with bans in place on trading but in the last few years has begun a complete turnaround and is now looking to make up lost ground with an ambitious plan to become one of the world’s crypto hotspots and financial centres, issuing clear guidelines for CIOs. Once the UAE develops a clearer tax framework it could be a major contender for the top spot.